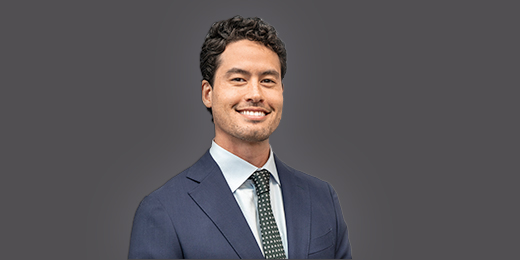 Dave Faris specializes in representing clients with the disposition and acquisition of net-leased properties across the country. His focus is on the industrial-retail sector with an emphasis on paint retail, industrial rentals, fulfillment, and building supply. Dave works alongside Gary Chou, Aron Cline, and Calvin Short within Berkeley Capital Advisors’ West Coast Team which has completed over 1,300 NNN deals. Dave has been involved in commercial real estate since 2015, where he worked with an investment team that acquires uniquely challenged, environmentally distressed, and bankrupt properties. He strives to create meaningful relationships with everyone he works with through open truth and transparency, empirical creativity, and a dogged drive to help his clients reach their investment goals. Dave grew up working onboard industrial fishing trawlers on the Bering Sea and throughout the Aleutian Chain and became the youngest first mate in the fleet onboard various vessels overseeing crews of over fifty seamen. Dave received his bachelor’s degree from the Cal State Maritime Academy and still holds an unlimited tonnage US Coast Guard license that allows him to operate vessels of any size. In his spare time, he enjoys studying the economy and how the long-term and short-term debt cycles affect investments and transactions. His favorite economists are Ludwig von Mises and Thomas Sowell for their objective view of the markets and society.